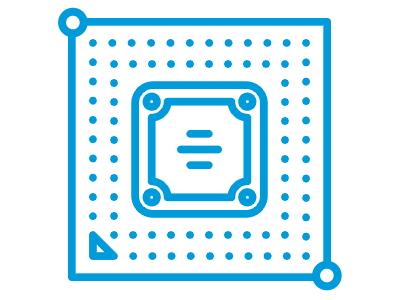 Some of the greatest ideas start off drawn on the back of a napkin in a coffee shop. When it’s time to take your design off a napkin and create a real product, there are a number of steps to take. First you’ll develop a proof of concept. Then you’ll need to develop a prototype that provides your desired functionality and closely resembles your final product.

Even if you’re part of an established company with a relatively large budget, it is in your best interest to keep costs and cycle times down during the prototyping process without sacrificing quality. Thankfully, there are some simple strategies you can take to ensure your prototype provides the functionality you desire and that your customers demand. 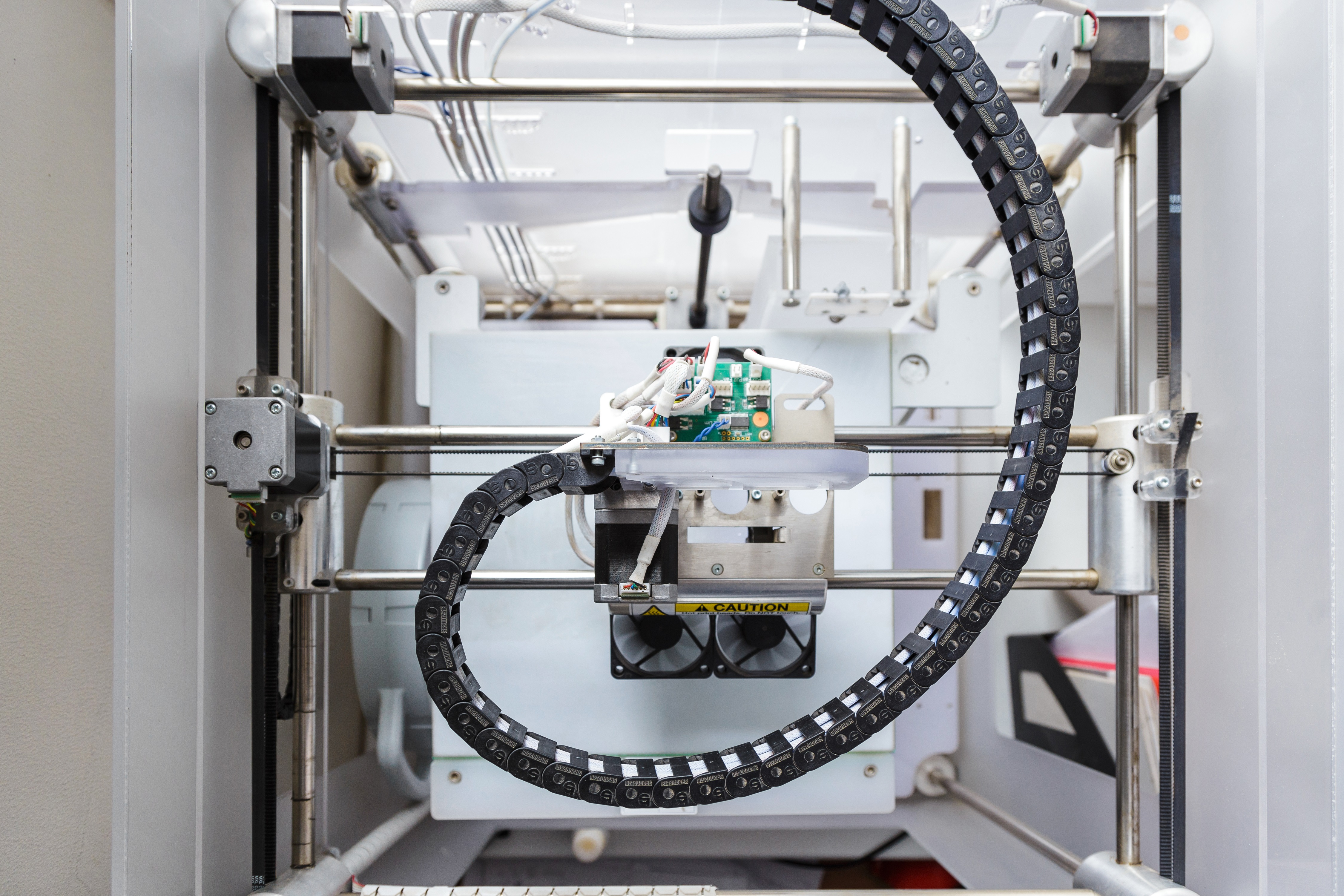 You can reduce PCB prototype cost and lead time with 3D printing.

Proof of Concept vs. Prototype

The terms “proof of concept” and “prototype” are sometimes used interchangeably, but they do not refer to the same thing. A proof of concept is your first step toward taking an idea off of paper and turning it into a simple device that provides the minimum level of functionality you desire.

As you create and test your proof of concept, you’ll go through several iterations of designing, building, and testing the device. Using a flexible yet reliable platform for your proof of concept will ensure that it can provide the performance you need while allowing you to easily implement redesigns.

An electronic prototype will live on its own PCB and should not be built around evaluation boards. Once you identify any problems in your initial design, you’ll need to design the prototype with an eye toward correcting these problems while arranging components on a single board. The prototype should closely resemble your intended product and be robust enough to be tested in real operating conditions. Prototypes might be sent out to customers so that they can stress test your device in real conditions, similar to beta testing with software. 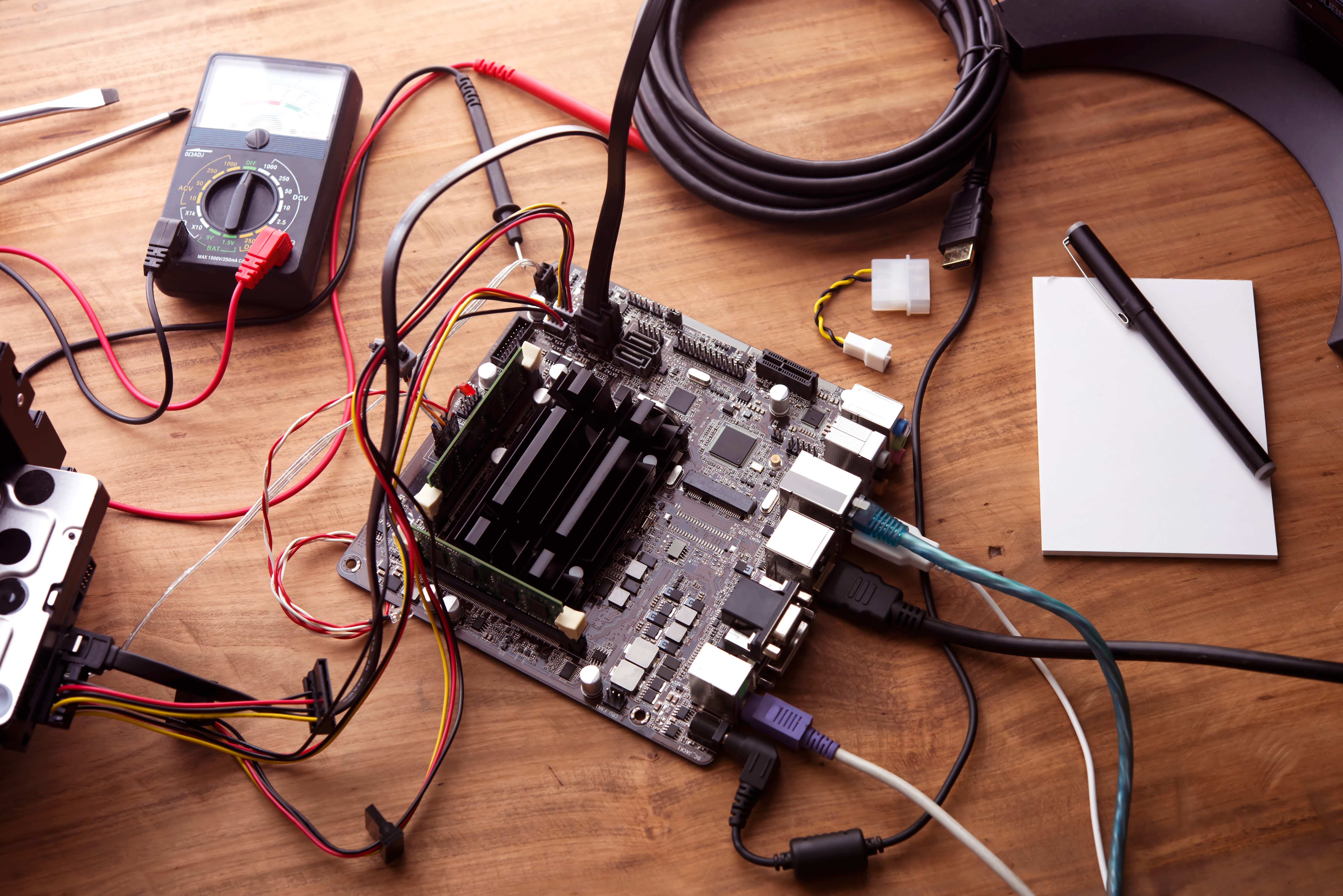 The Problem with Traditional PCB Prototyping

Once you’ve resolved any remaining problems in your proof of concept and created design files required for manufacturing and assembly, you’ll probably start looking for a short-run manufacturer to produce prototypes of your new board. Unfortunately, the traditional PCB prototyping process is riddled with inefficiencies and is not adaptable to innovative designs.

As a designer or engineer, your creativity will be constrained based on your manufacturer’s capabilities and traditional PCB manufacturing processes. If you try to design outside these constraints, you risk having your prototype sent back to you for a time-consuming redesign. Designers with experience developing prototypes will check with their intended manufacturer before finalizing their board layout, but they still remain constrained in terms of creativity.

The potential for redesigns, the number of assembly steps, and the requirement to send your designs off to an external facility incurs significant lead times. Even if you work with a manufacturer that claims to specialize in rapid prototyping, they will likely use the same high-volume processes used by high-volume manufacturers, and lead time is only reduced simply because the production volume is low.

Modern PCBs will inevitably need to be placed on a multilayer board to satisfy grounding and signal integrity requirements. Fabricating a traditional multilayer PCB with embedded conductive traces and planes requires dozens of assembly steps for a modest number of layers, and each new layer adds more costs and time to the manufacturing process. The large number of assembly steps involved in traditional PCB manufacturing is a significant cost driver. In contrast, 3D printing a multilayer PCB prototype only requires a single layer-by-layer deposition process.

During the prototyping process, designers need to keep costs low as each iteration in the design, build, and test process consumes time and money. Working with an additive manufacturing system can help you keep these costs in check by reducing lead times, preventing redesigns before manufacturing, and eliminating repetitive fabrication and assembly steps.

Using an additive manufacturing system that deposits conductive elements alongside a dielectric substrate during the printing process also reduces the number of assembly steps required to finish a board for a prototype. This decreases PCB prototyping cost and time, allowing you to quickly test proofs of concept and prototypes as soon as they are fabricated. With the right digital manufacturing system, you can even fabricate multiple proofs of concept or prototypes in a single run.

Working with an additive manufacturing system that is specifically designed for PCBs provides plenty of advantages beyond keeping costs low and reducing lead times. 3D-printed PCBs can have non-planar geometry, giving engineers and designers more freedom to experiment with new designs. You won’t be limited by the traditional “design for manufacturing” mindset. The design freedom offered by additive manufacturing reduces the consequences of a failed redesign: you only lose hours of time instead of weeks.

A co-founder of Nano Dimension, Simon Fried leads Nano Dimension’s USA activities and marketing for this revolutionary additive technology. With experience working in the US, Israel, and throughout Europe, he has held senior and advisory roles in start-ups in the solar power, medical device, and marketing sectors. Previously, Simon worked as a consultant on projects covering sales, marketing, and strategy across the automotive, financial, retail, FMCG, pharmaceutical, and telecom industries. He also worked at Oxford University researching investor and consumer risk and decision making.