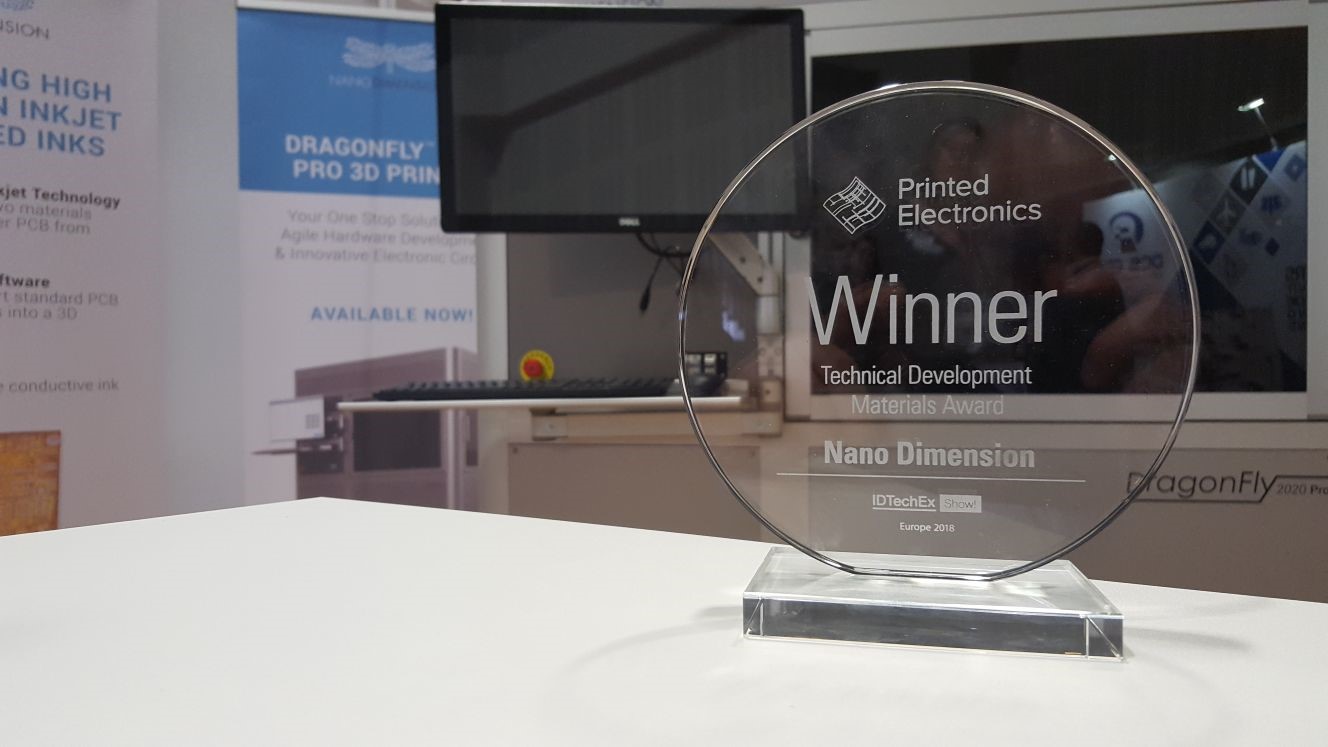 IDTechEx, based in the United Kingdom, is a leading provider of independent market research, business intelligence and events on emerging technology. The IDTechEx Show! Europe is being held in Berlin on April 11th and 12th. Nano Dimension is exhibiting at the event in booth #B03 with reseller Phytec.

As one of the IDTechEx Awards judges noted, “It is clear that the development of Nano Dimension’s materials was a key enabler for creating their multi-material 3D printing for electronics. Truly groundbreaking.”

The DragonFly 2020 Pro is Nano Dimension’s flagship 3D printer and is transforming additive manufacturing for electronics by empowering companies to take control of their entire development cycle. The system enables virtually limitless design flexibility for a wide range of research and development, prototyping and custom manufacturing projects.

Since 1999 IDTechEx has provided independent market research, business intelligence and events on emerging technology to clients in over 80 countries. They provide clients with insights to help make strategic business decisions and grow their organisations. IDTechEx is headquartered in Cambridge, UK with additional offices in USA, Germany and Japan and associates in South Korea. To read more, click here.

Nano Dimension (TASE: NNDM, NASDAQ: NNDM) is a leading additive electronics provider that is disrupting, reshaping, and defining the future of how cognitive connected products are made. With its unique 3D printing technologies, Nano Dimension is targeting the growing demand for electronic devices that require increasingly sophisticated features. Demand for circuitry, including PCBs – which are the heart of every electronic device – covers a diverse range of industries, including consumer electronics, medical devices, defense, aerospace, automotive, IoT and telecom. These sectors can all benefit greatly from Nano Dimension’s products and services for rapid prototyping and short-run manufacturing. For more information, please visit www.nano-di.com.